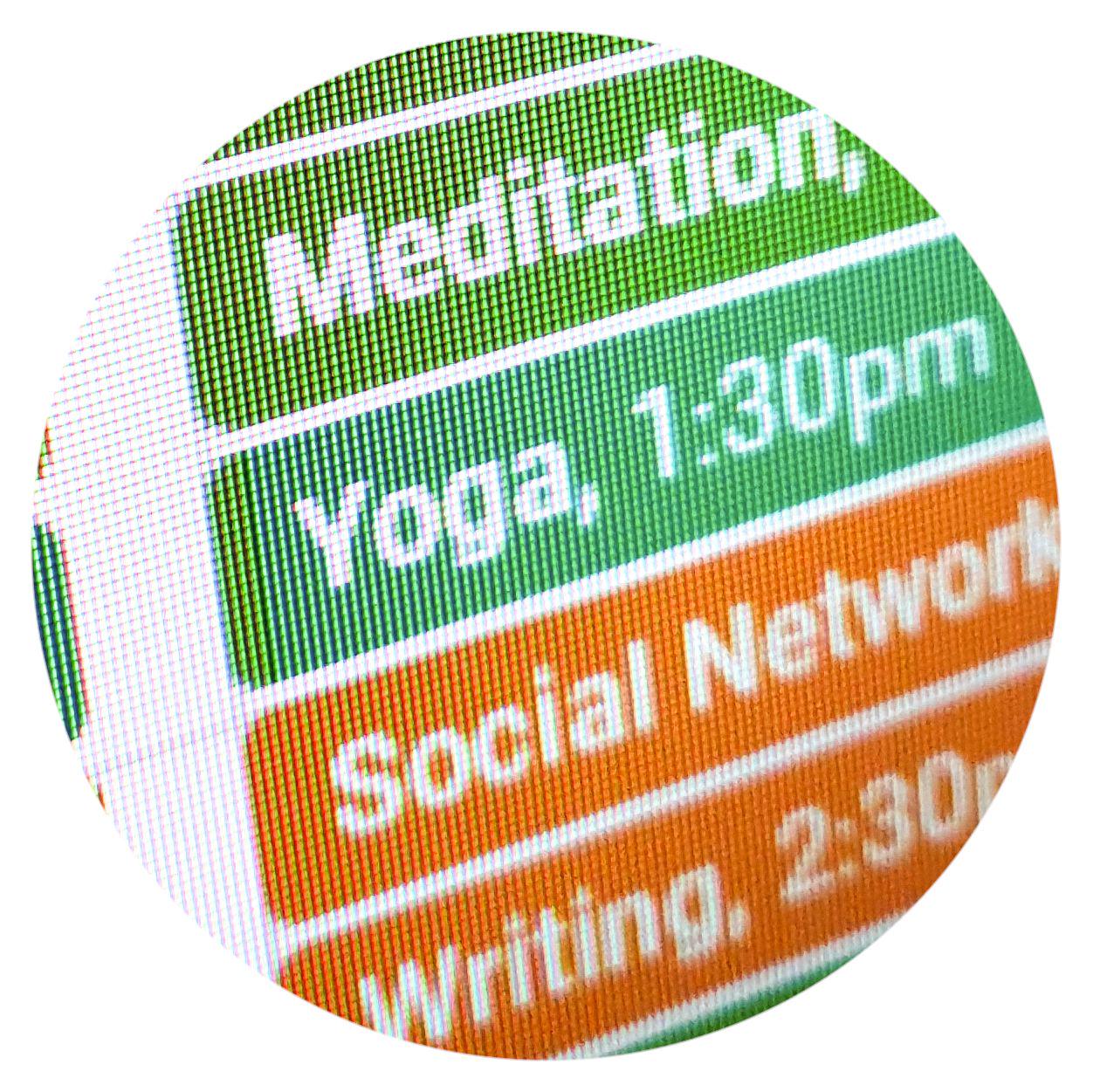 I’m not usually one for New Year’s Resolutions. If self-improvement is worth doing, it’s worth beginning now instead of later. Having said that, inspiration struck me last night about a way I could improve my life and it happens to fall of New Year’s eve, so here it is:

It may seem like something very small in many ways, but it could possibly have a substantial impact on my life. If there is one thing we’re aware of as humans, it’s that our time is at a premium. Until I decided to map out my timetable in front of me I didn’t realise exactly how much I had to do, and how much free time I have every day to get everything done. As it turns out, there isn’t much time at all, and I don’t even have a full-time job other than my current work writing for mnml.news.

The way I’ve managed my schedule is that everything is broken down into half hour blocks. I’ve read that some highly successful people (which I usually use as a euphemism for rich and aimless) block out their schedules in increments of five minutes [1], but I’m not that crazy, and there are other ways to be productive, such as focusing on intentional living, which I’ll be sure to cover at some point in the future. I also don’t want to schedule my cups of tea and my bowel movements. That sounds like the script from a bad episode of The Big Bang Theory.

What I have done though is break up my work with personal activities in-between (which I can do since I don’t work 9-5) with exercise, going for walks, and meals. I’ve even generously scheduled some free time where I can fit whatever else isn’t in the schedule into that block of two whole hours in the evening.

Some minimalists such as the ever-awesome Matt D'Avella suggest that due to “melatonin fog”, aka sleepiness, we shouldn’t be scheduling anything gruelling very early in the mornings or late in the evening, and our best work is usually created in the mornings once we’re tanked up (on breakfast) and ready to go [2]. It’s pretty good advice for the majority of people and I’ll be following his advice and scheduling most of the more brain-intensive work for after breakfast (and coffee, even though I drink decaf, shh don’t tell my body).

This is just an initial post. I’ll be adding updates and adjusting my schedule as time goes on. I may find that the schedule isn’t working well for me and I can’t stick with it. Only time will tell and even if I fail I’ll ensure to properly pick through my decisions and document them so you can at least see what not to do instead. Wish me luck!

Support my experiment through to completion by buying me a coffee. Your donations help keep this blog running!